From 2011-2013, Quigley spent nearly 2 years painting at the Bradford Mill Wheelhouse in Concord, MA painting both Figuratively and Abstractly while delving back into the history of the Revolution, Thoreau, Emerson, Alcott, Walden Pond, the North Bridge, and Boston Red Sox. There he met John and Johanna Boynton, who not only rented him a studio at the Mill, but started collecting most of his major works from this period. John eventually became his business advisor and manager.

Wanting to find DeKooning and the light in New York’s “East End”, Quigley left the Boston area in April of 2013 and moved to East Hampton. On Craigslist, he found and rented a 40 year old car mechanics garage, at Schenck Fuels, a company that has existed for 114 years. Coincidentally, the Schenck Family lives right behind DeKooning’s Home Studio in the Springs since the 70s. The Studio was officially named “Skrapper” in 2013. Annually, Skrapper hosts a unique Summer show that has gained quite a bit of attention from its guests and followers.

The new works are now more than ever influenced by a desire to get back to Abstraction. Transported into the new space are boxes with 30 years of writings, quotes and statements that have traveled from LA to Soho, to India, Boston and now East Hampton. Literally, Skraps of files, papers, essays, canvases, photos that both agitate and inspire Skrapper. They incorporate charcoal writings on archival paper, collages mixed with into a variety of size and shaped paintings all over his new studio. 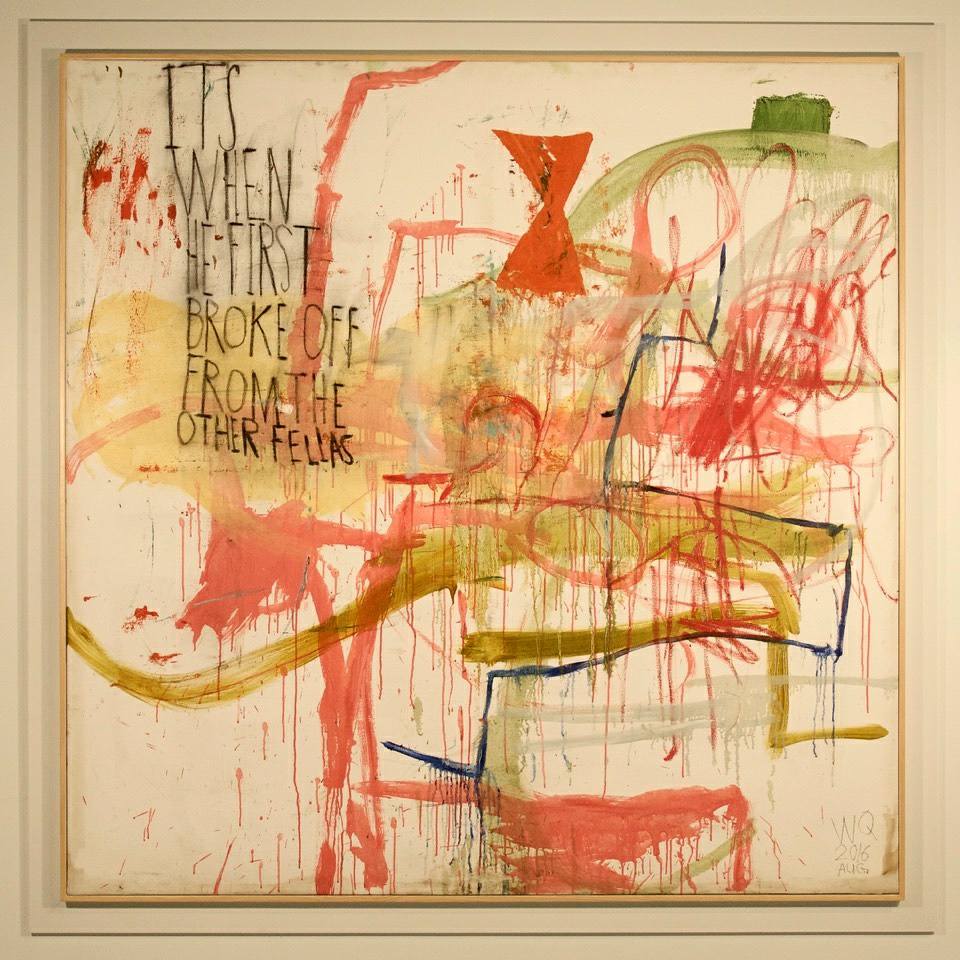 It's When He First Broke 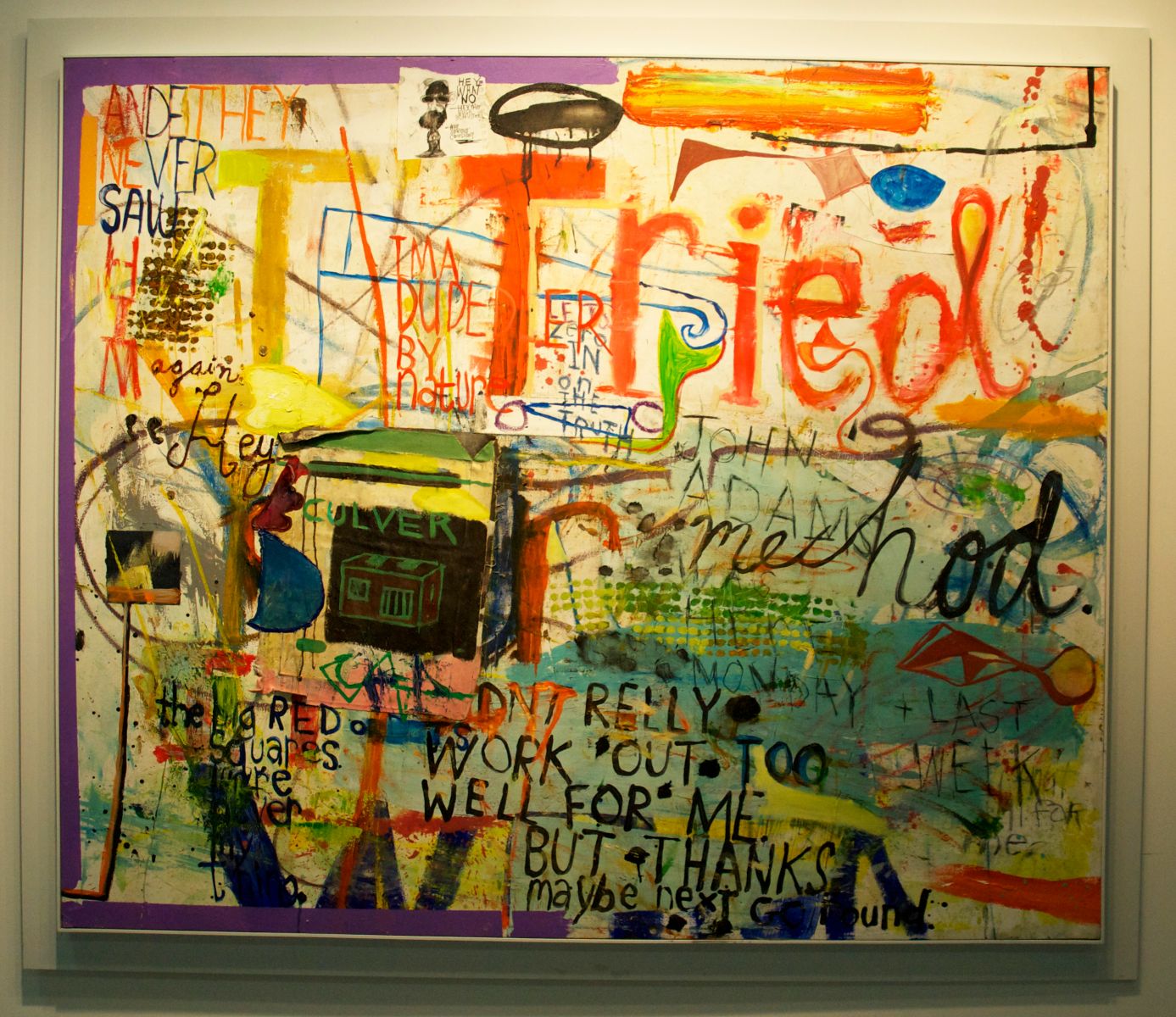 I Tried Your Method 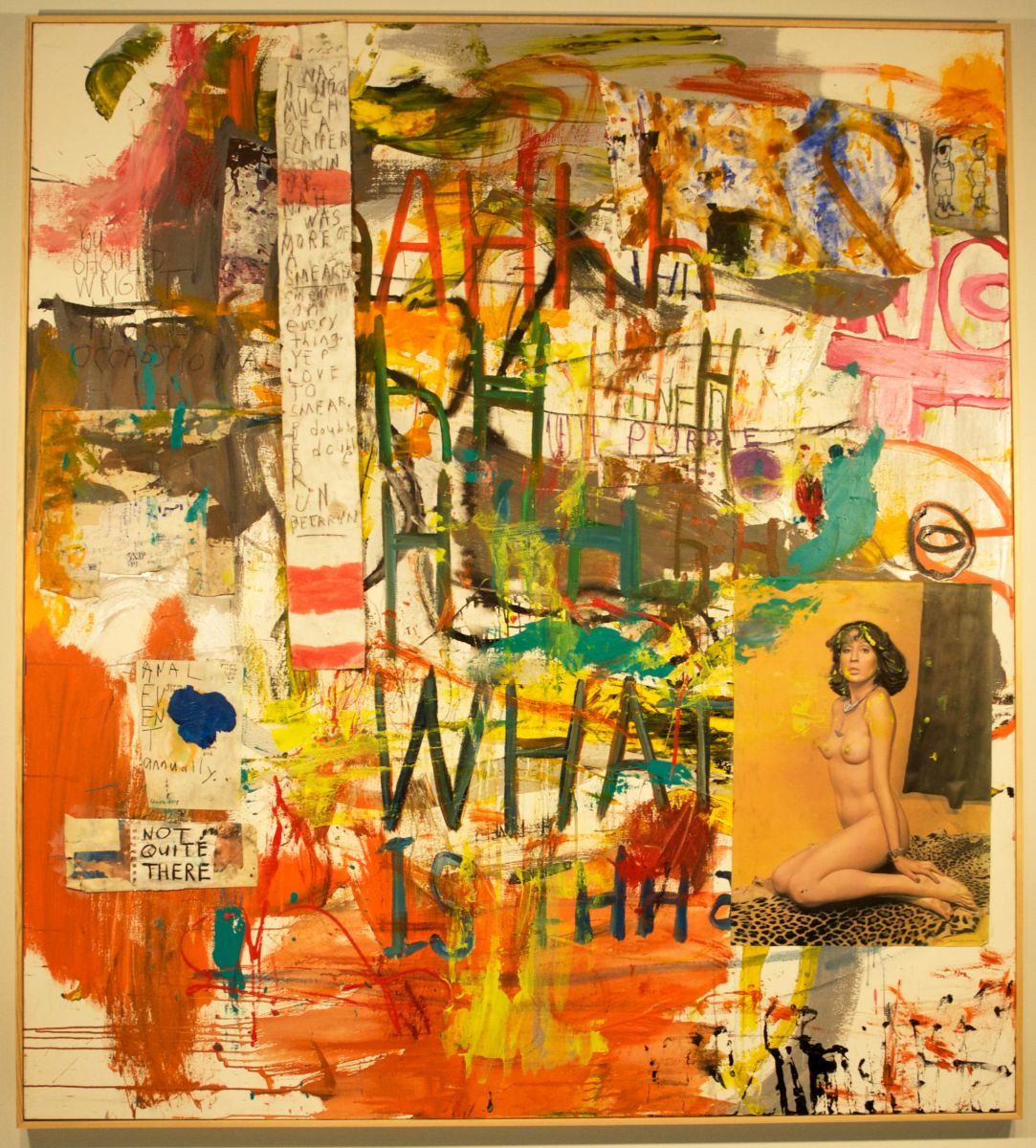 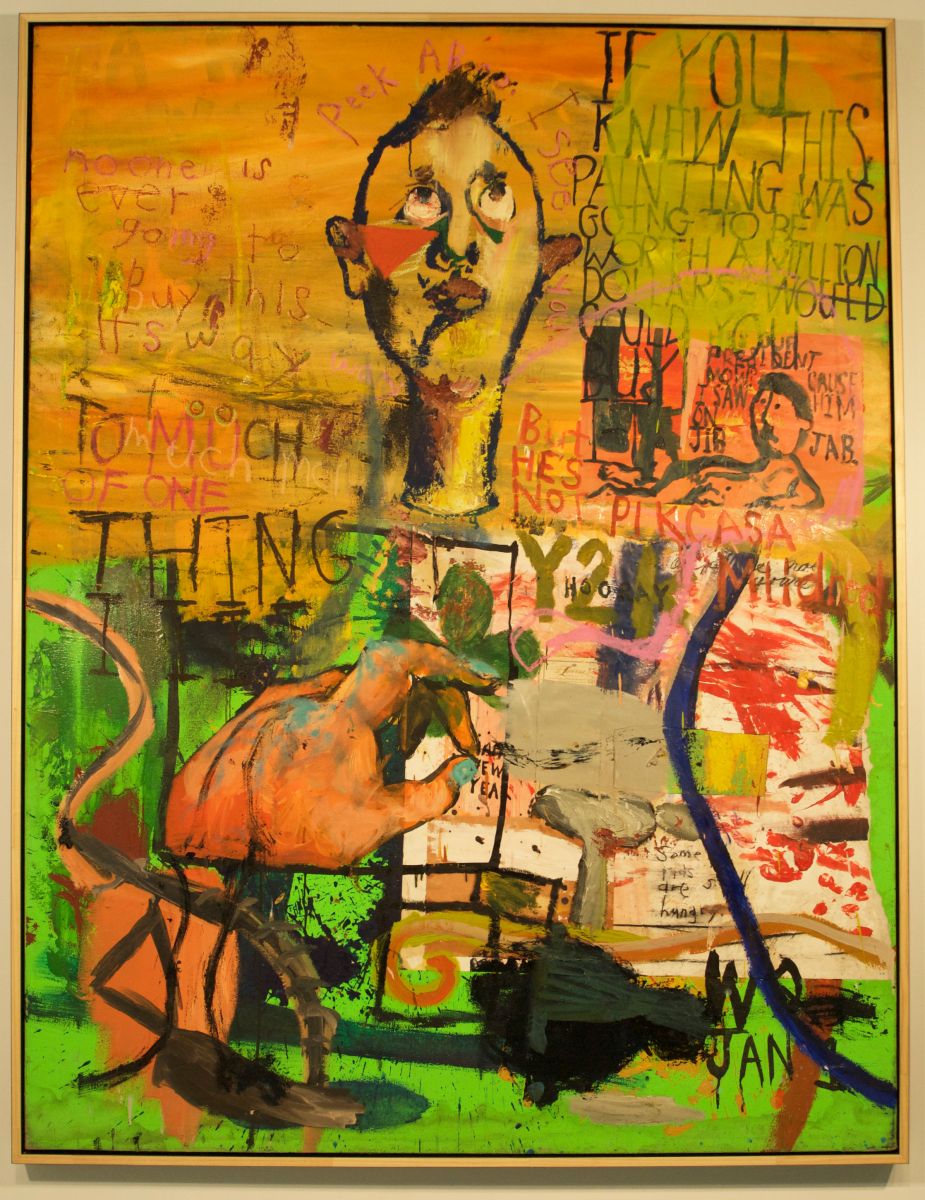 Too Much of a Thing 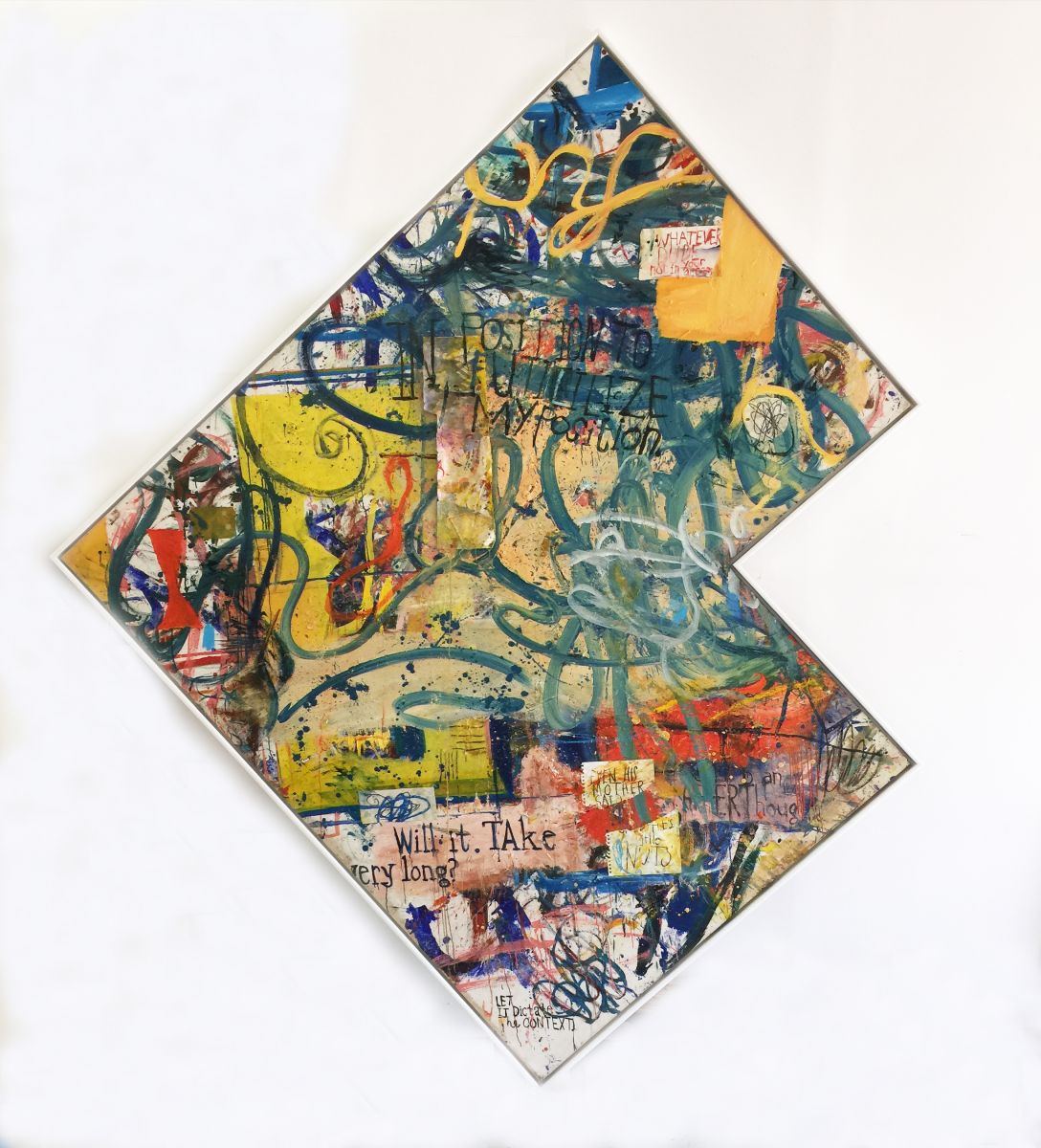 Will it Very Long 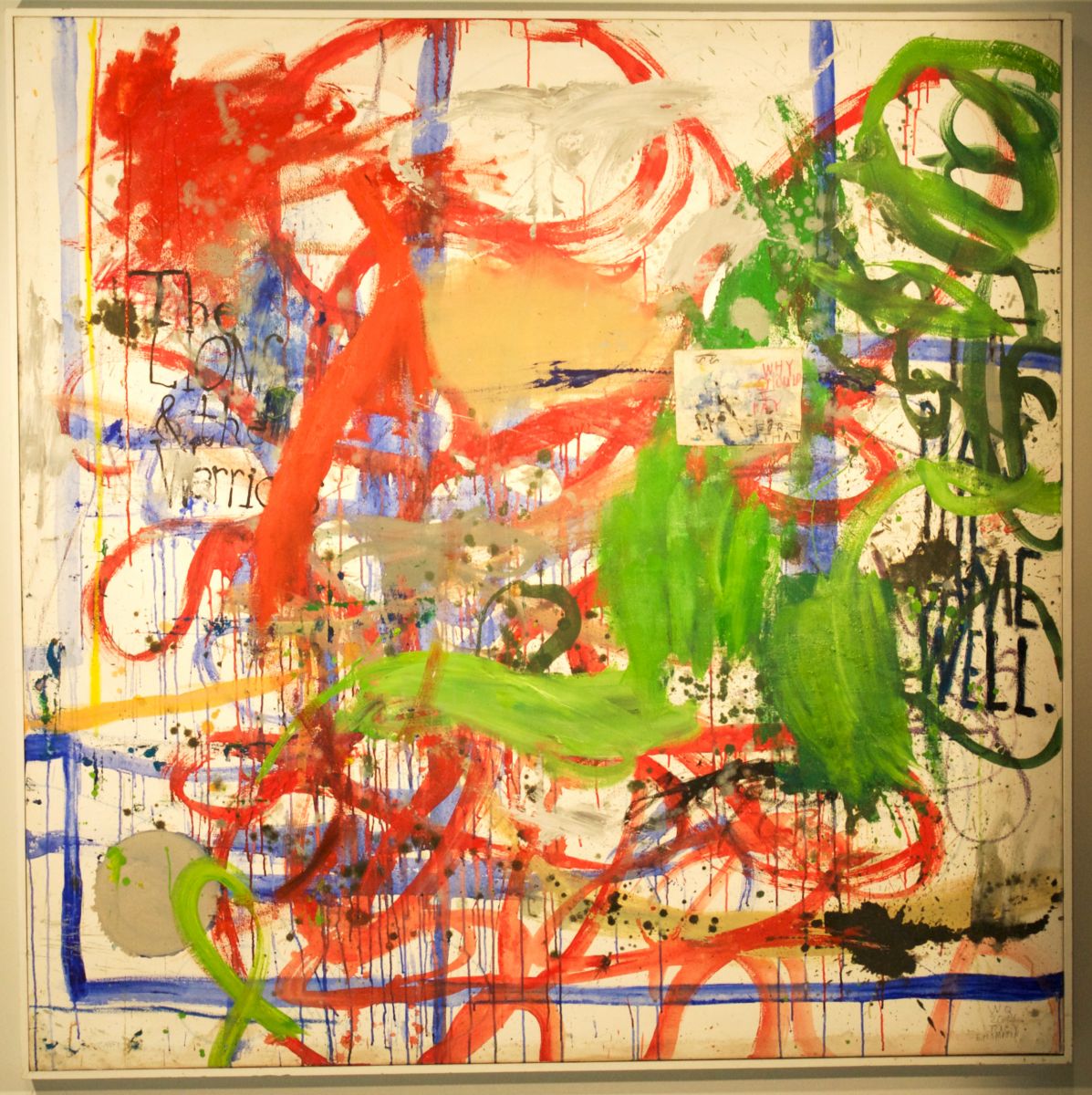 Why Should I Pay for That 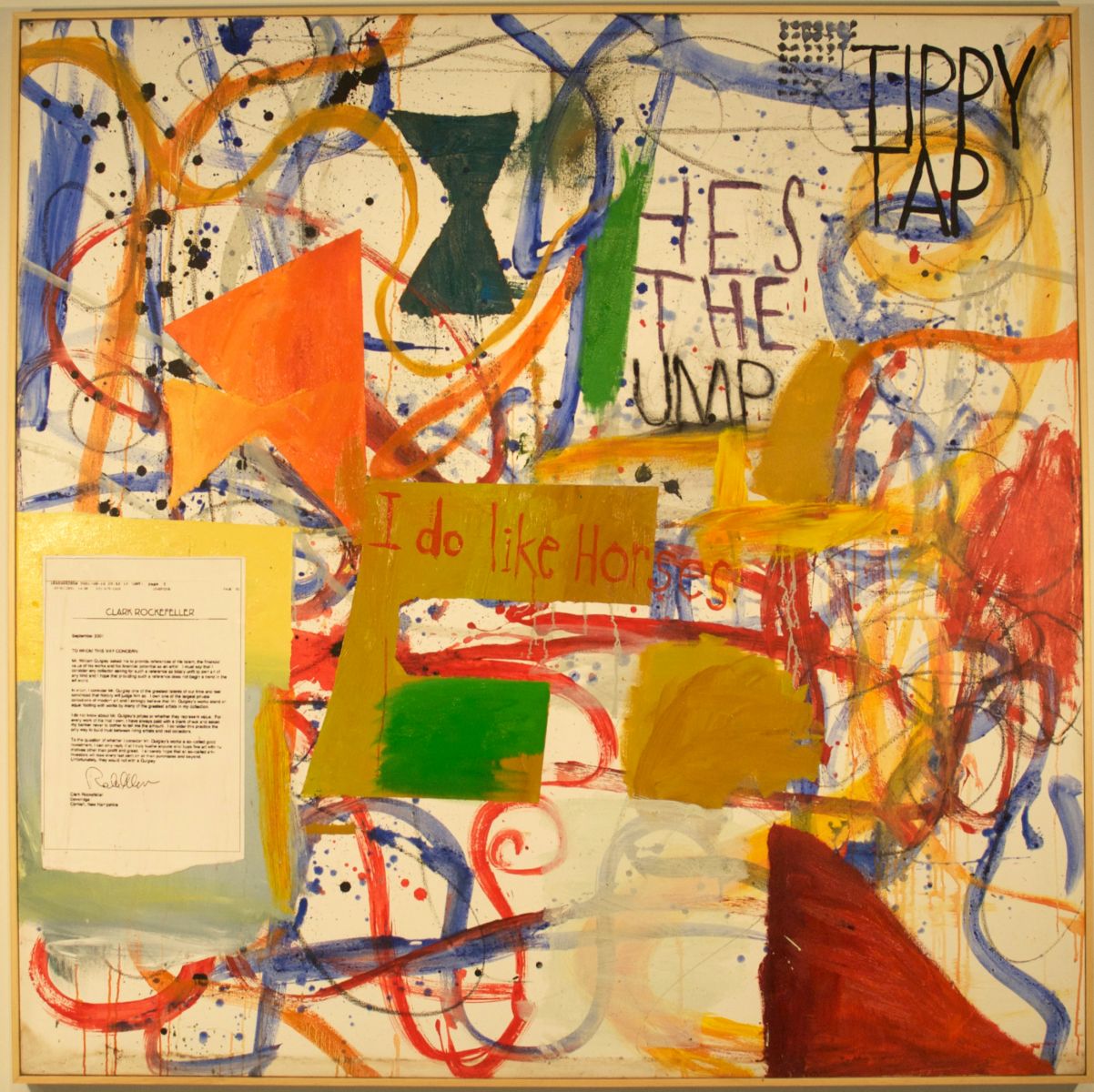 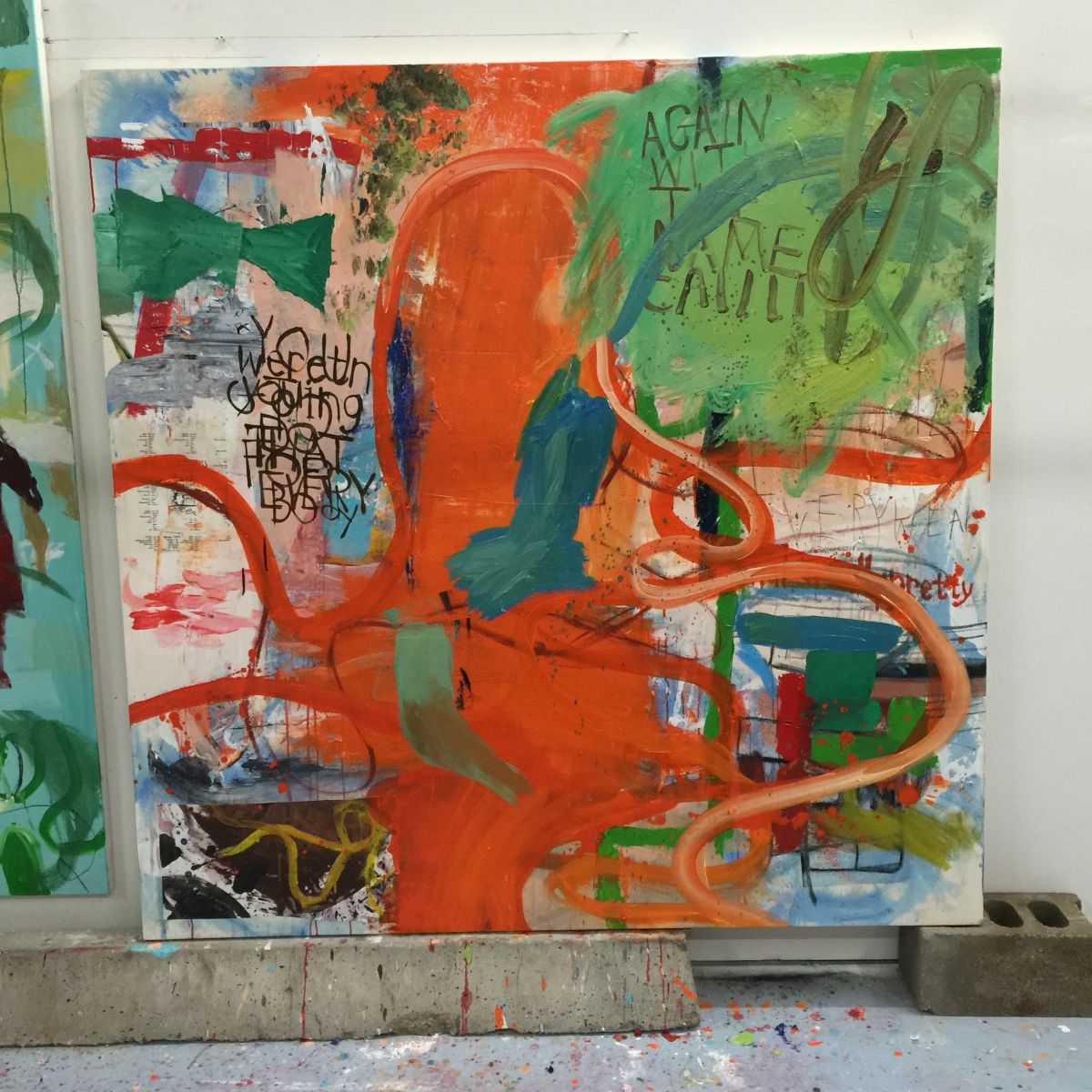 Again with the Cant Wait 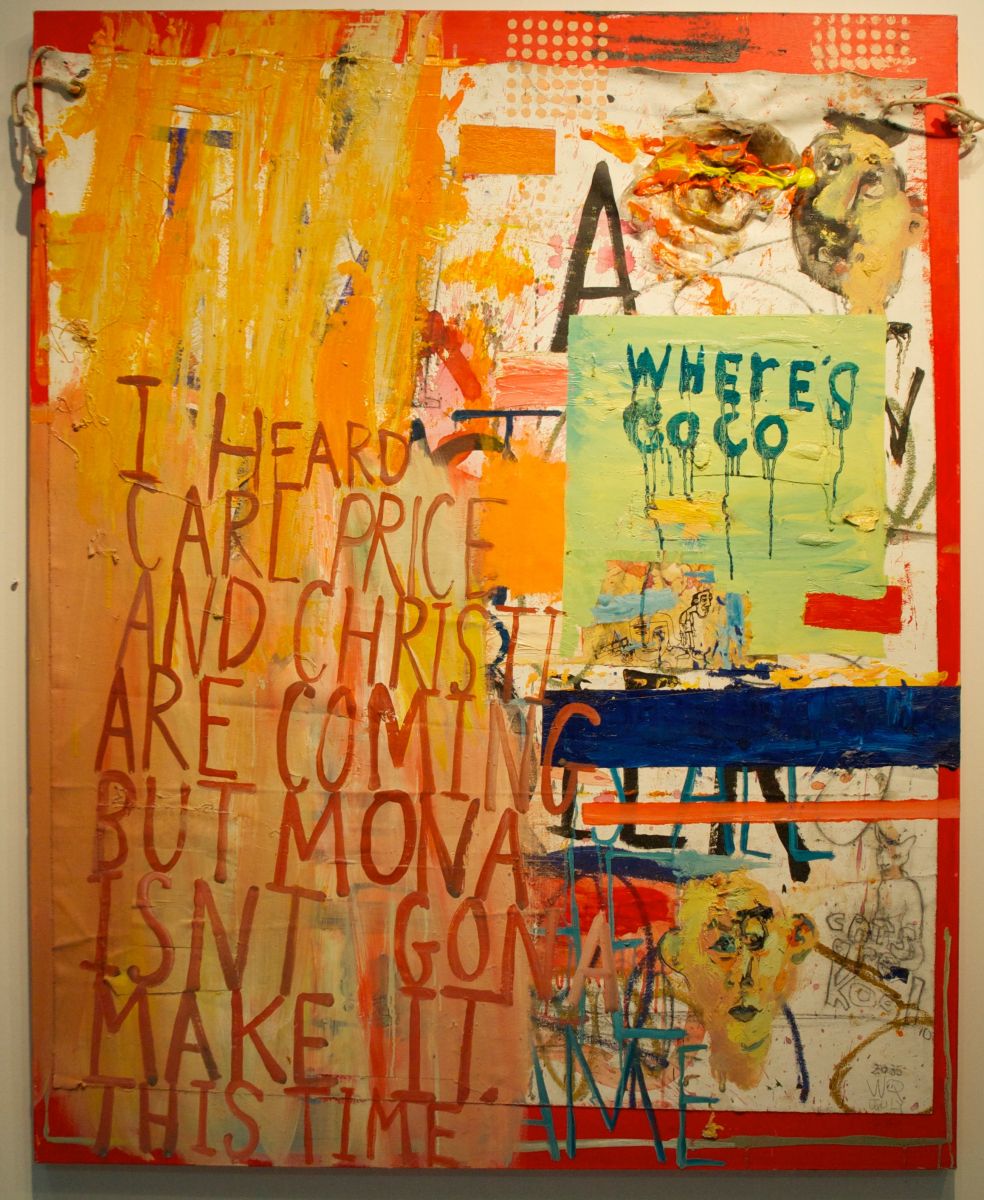 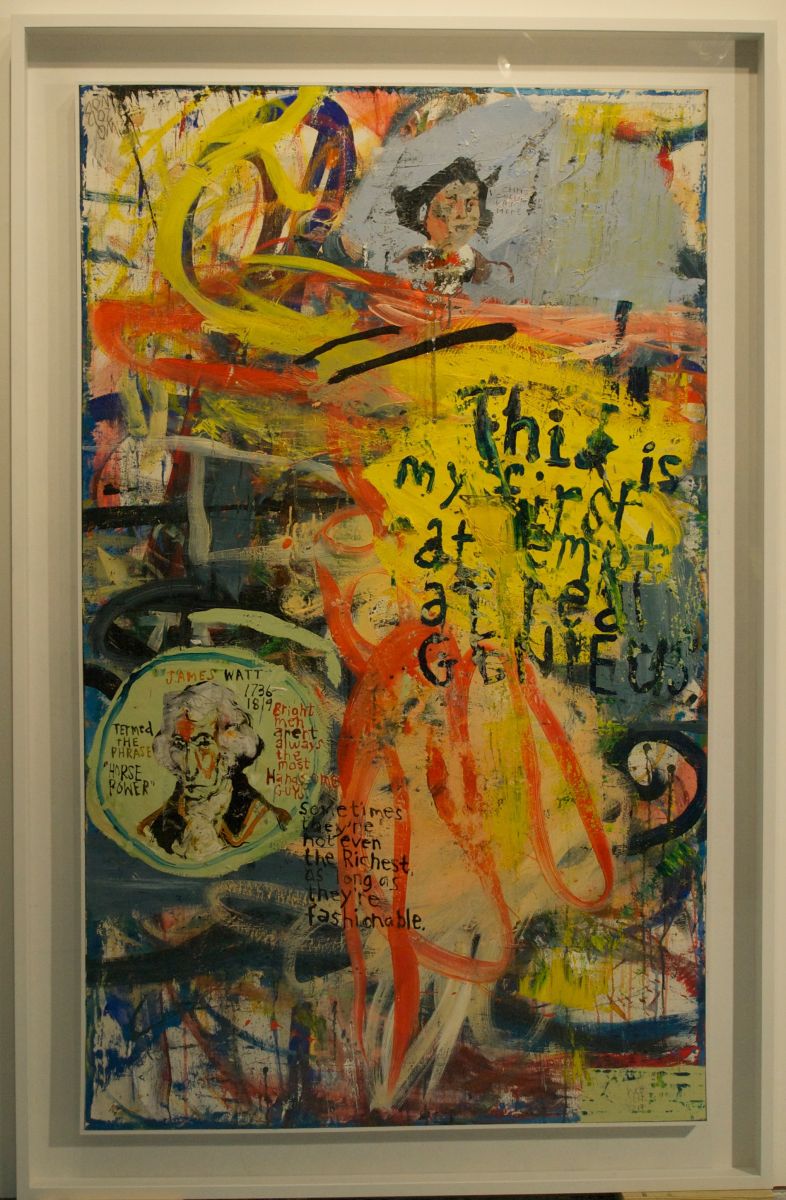 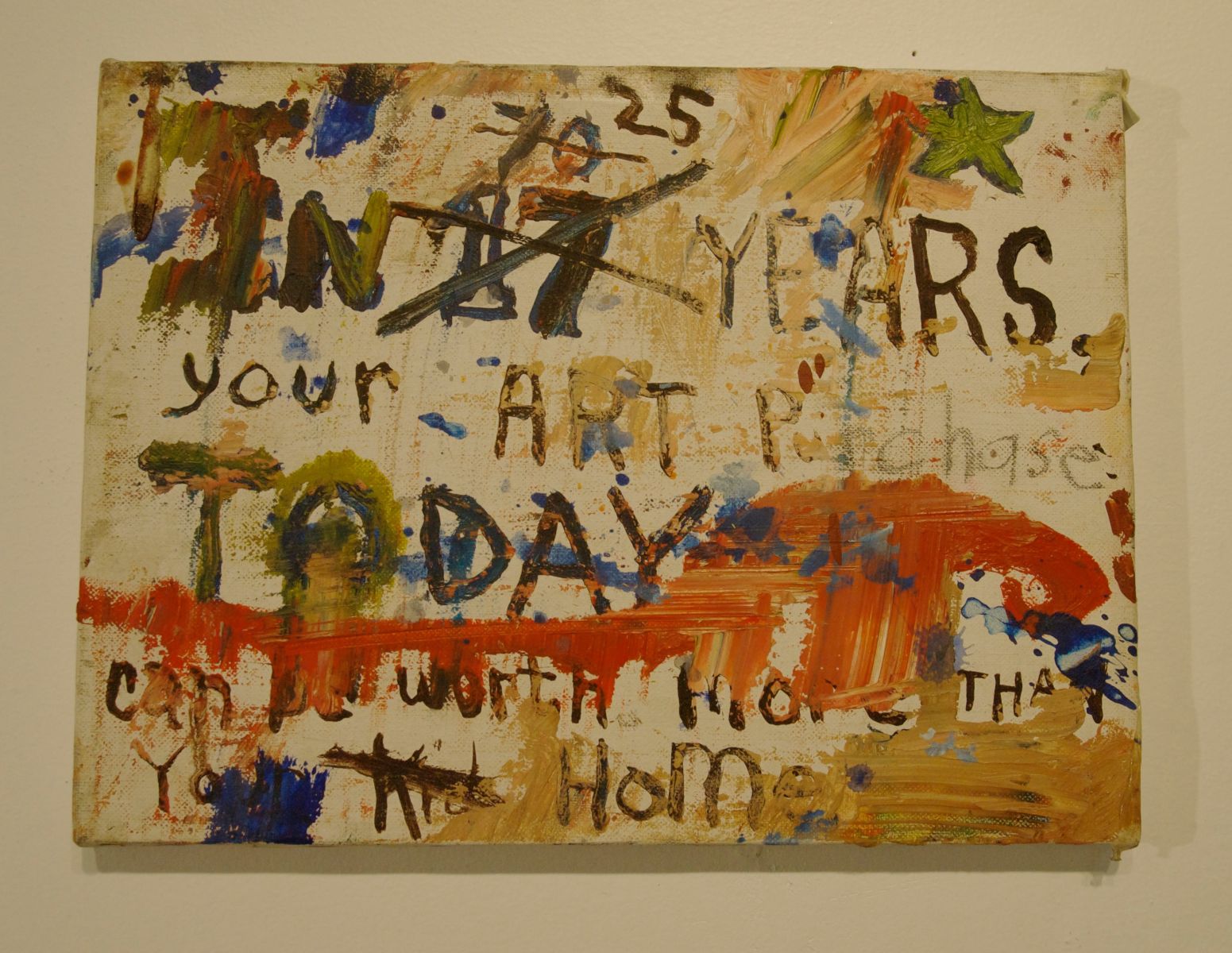 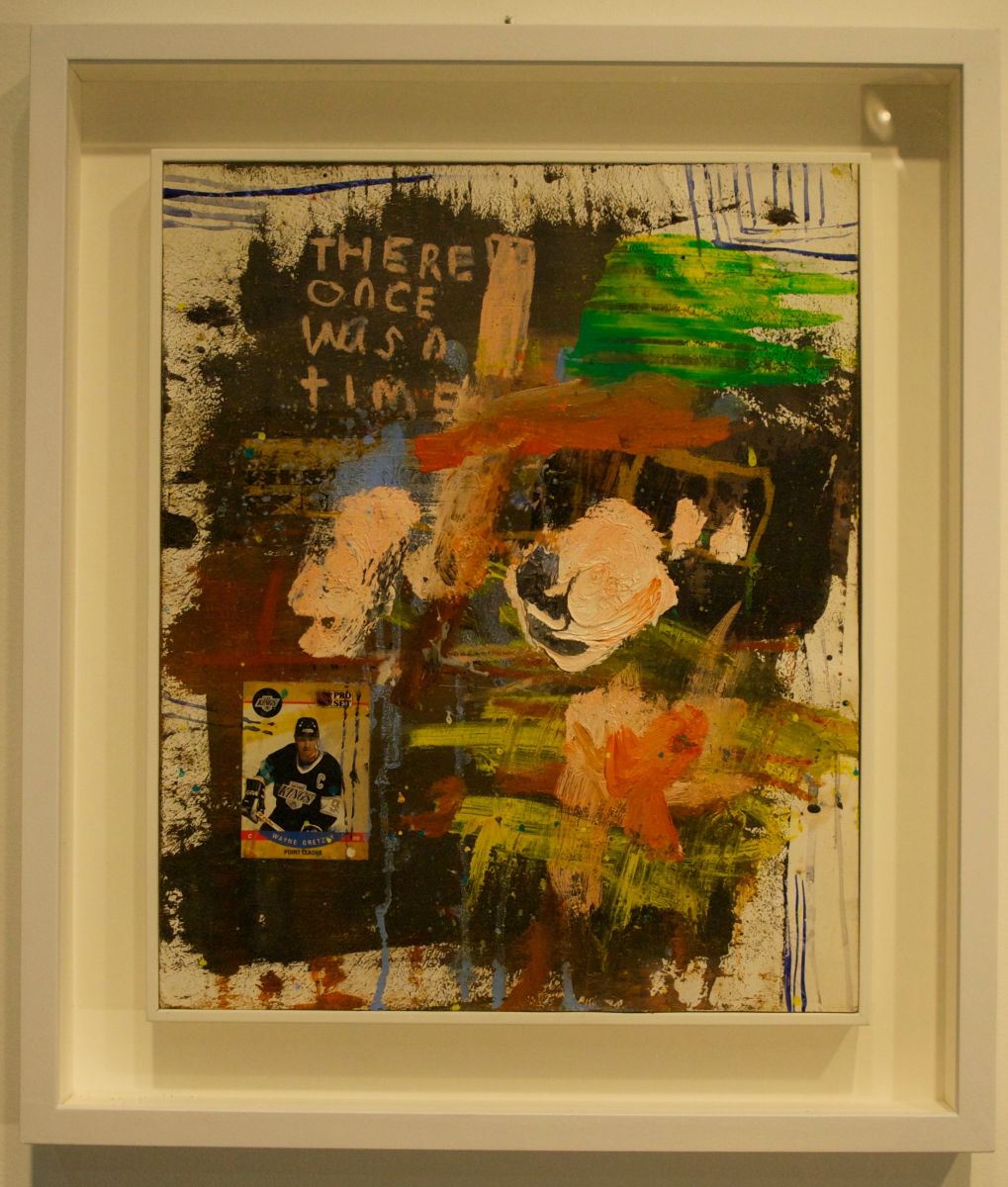 There Once Was a Time 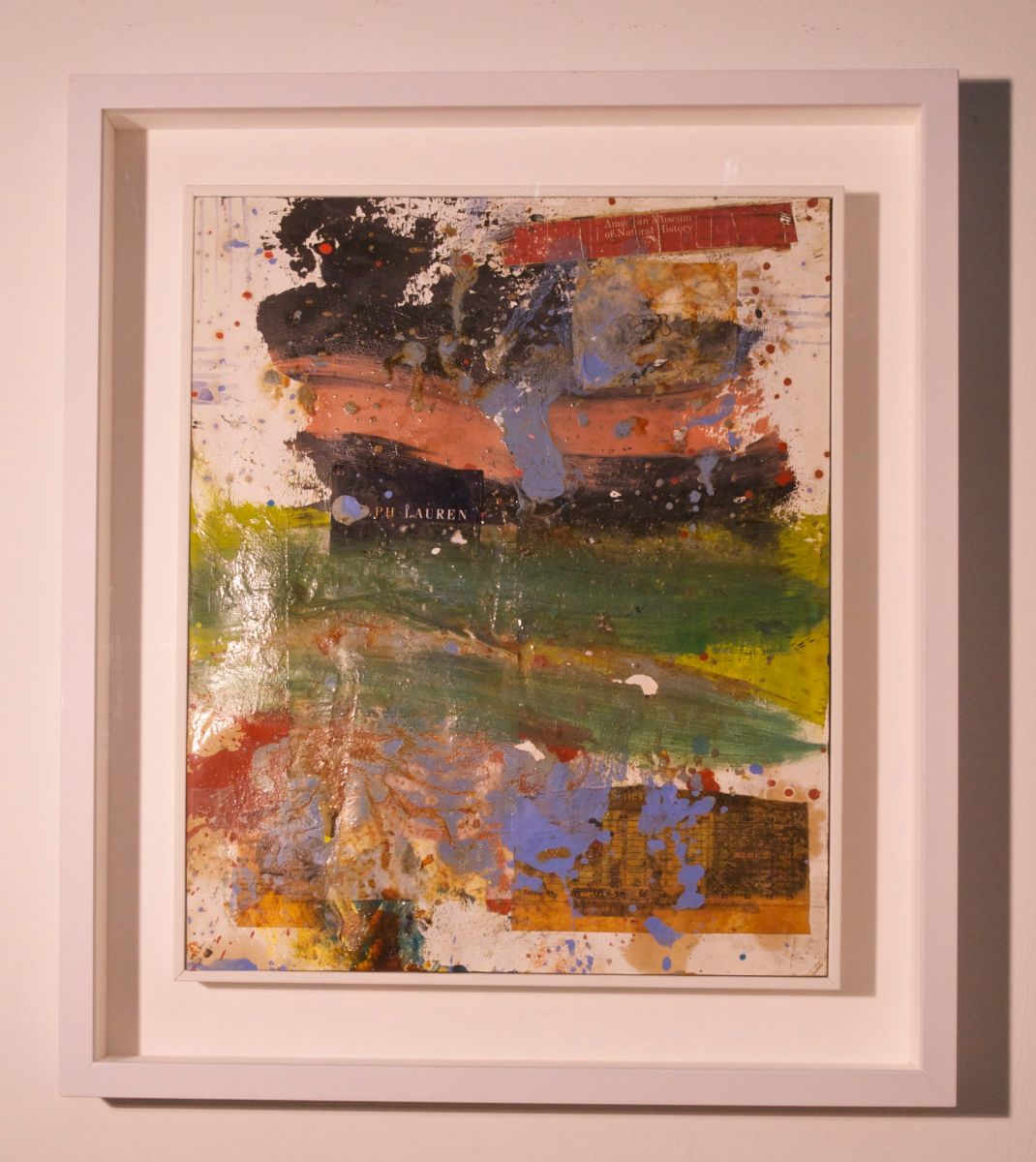 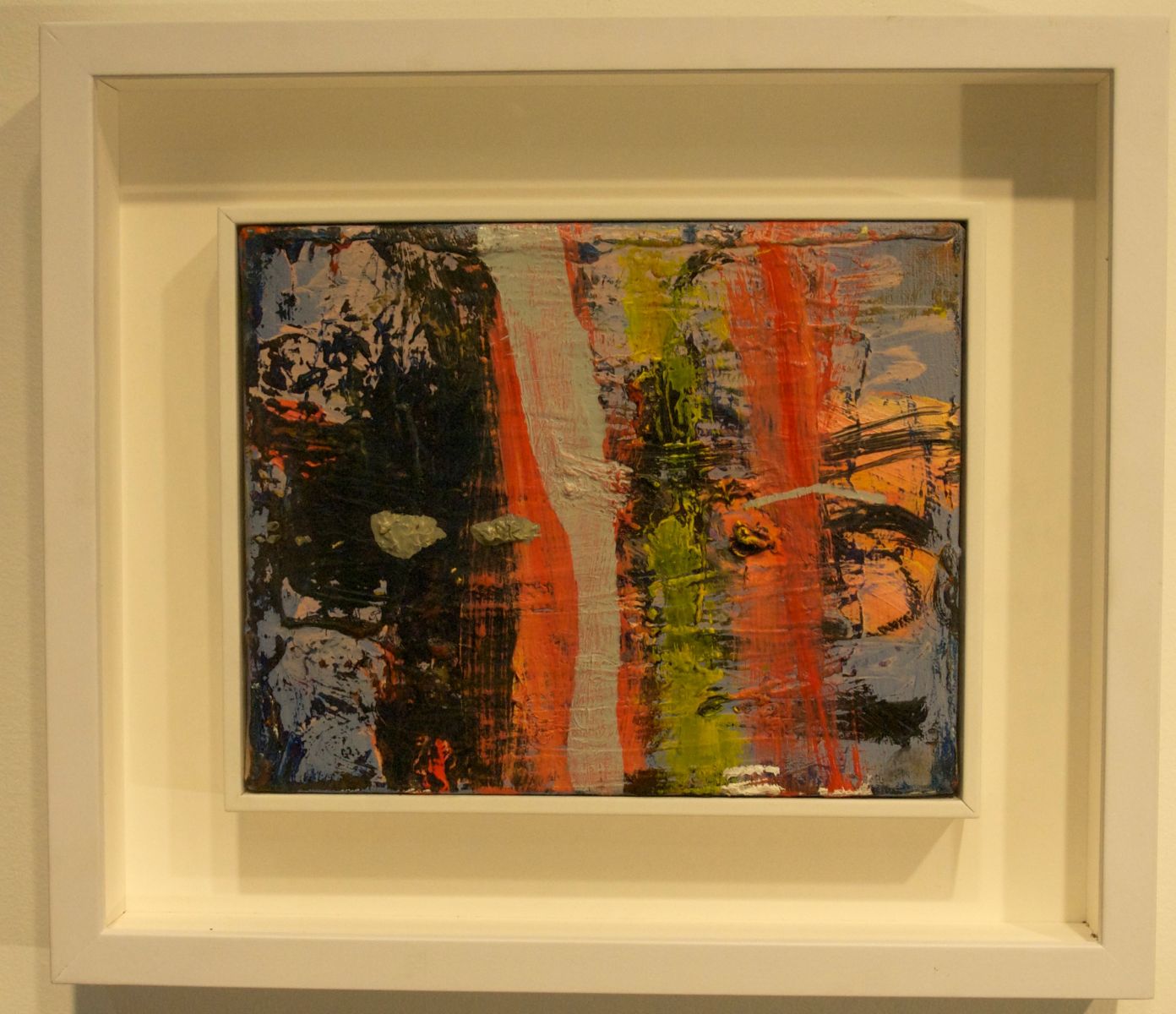 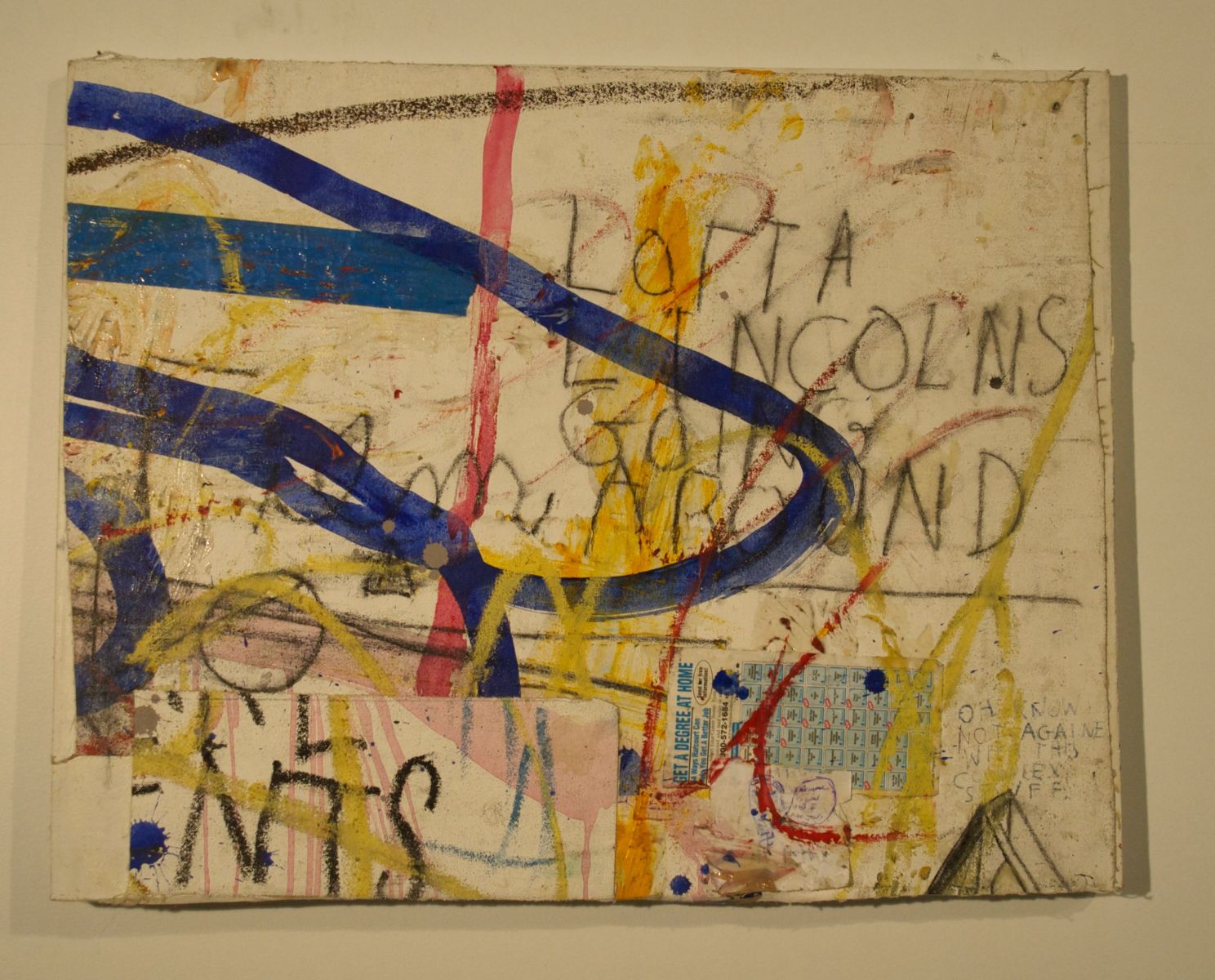 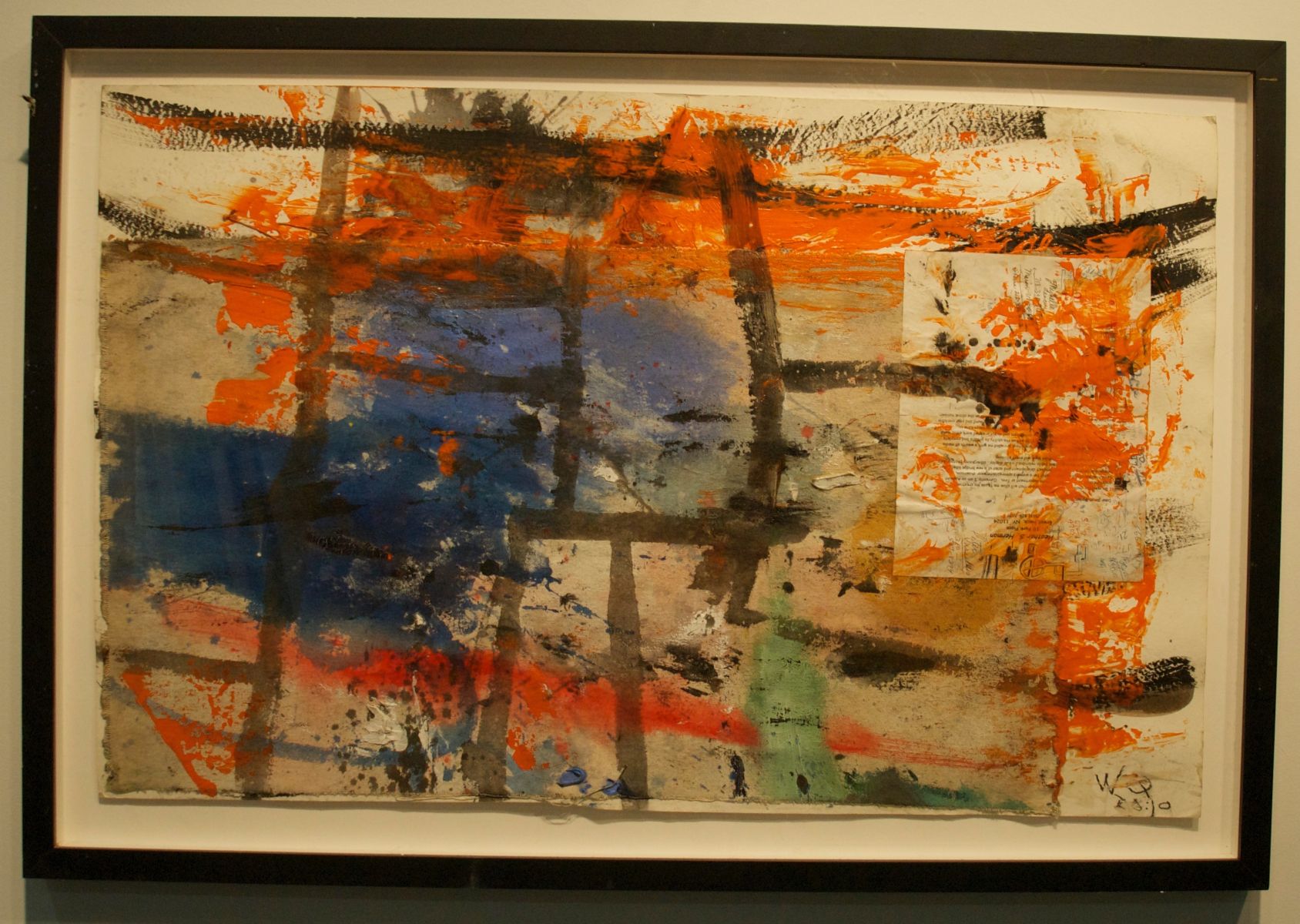 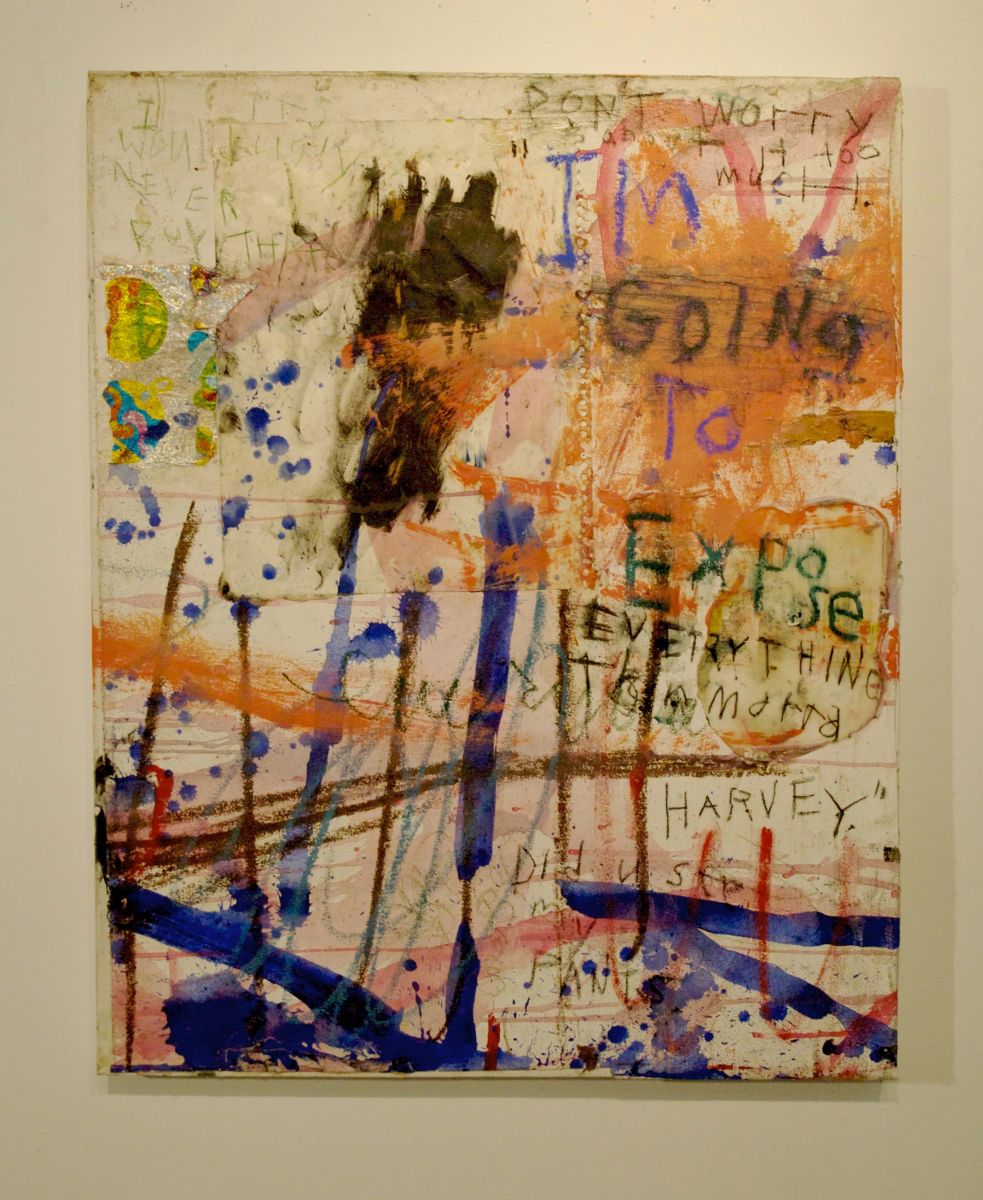 I'm Going to Expose Everything Tomorrow 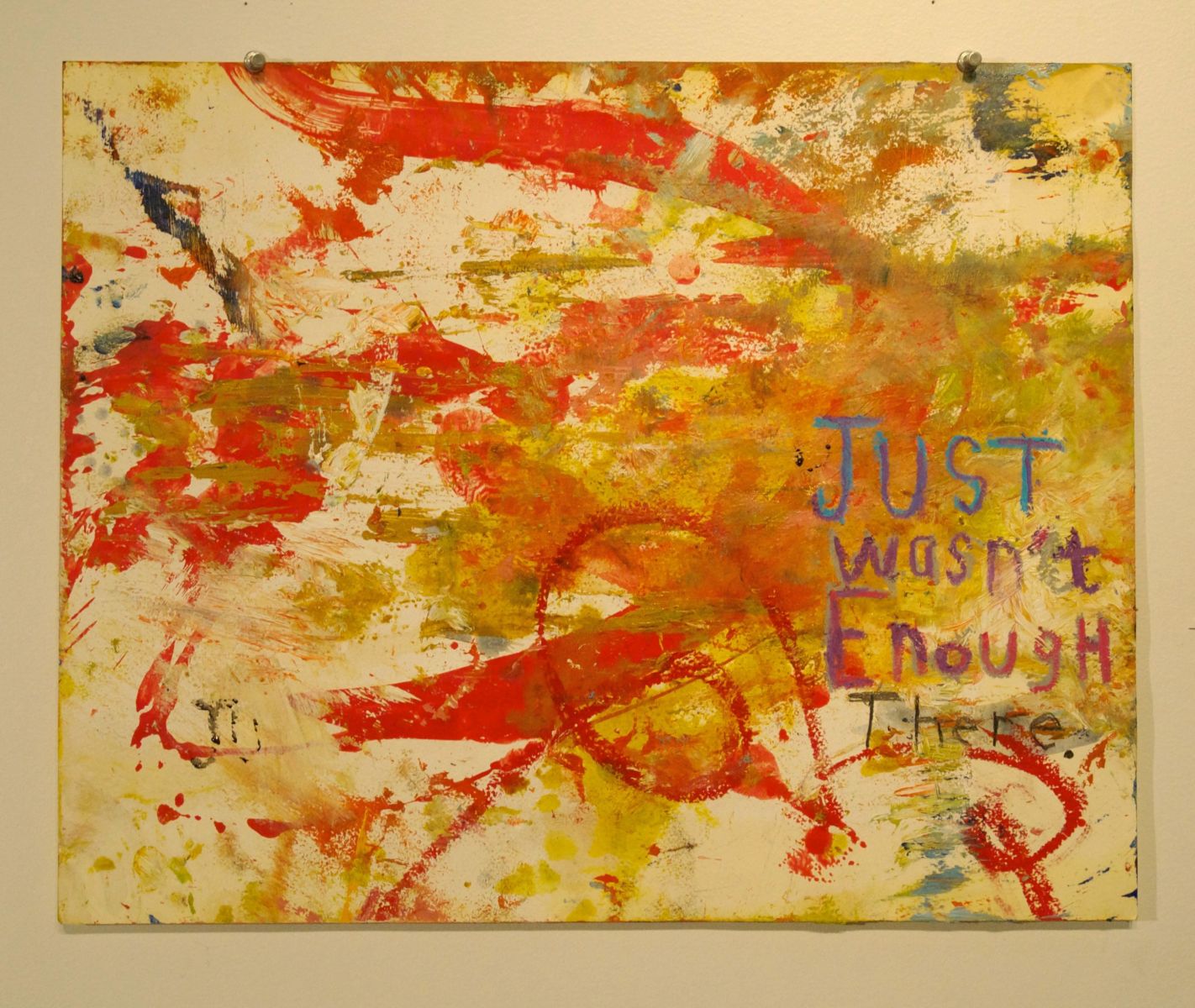 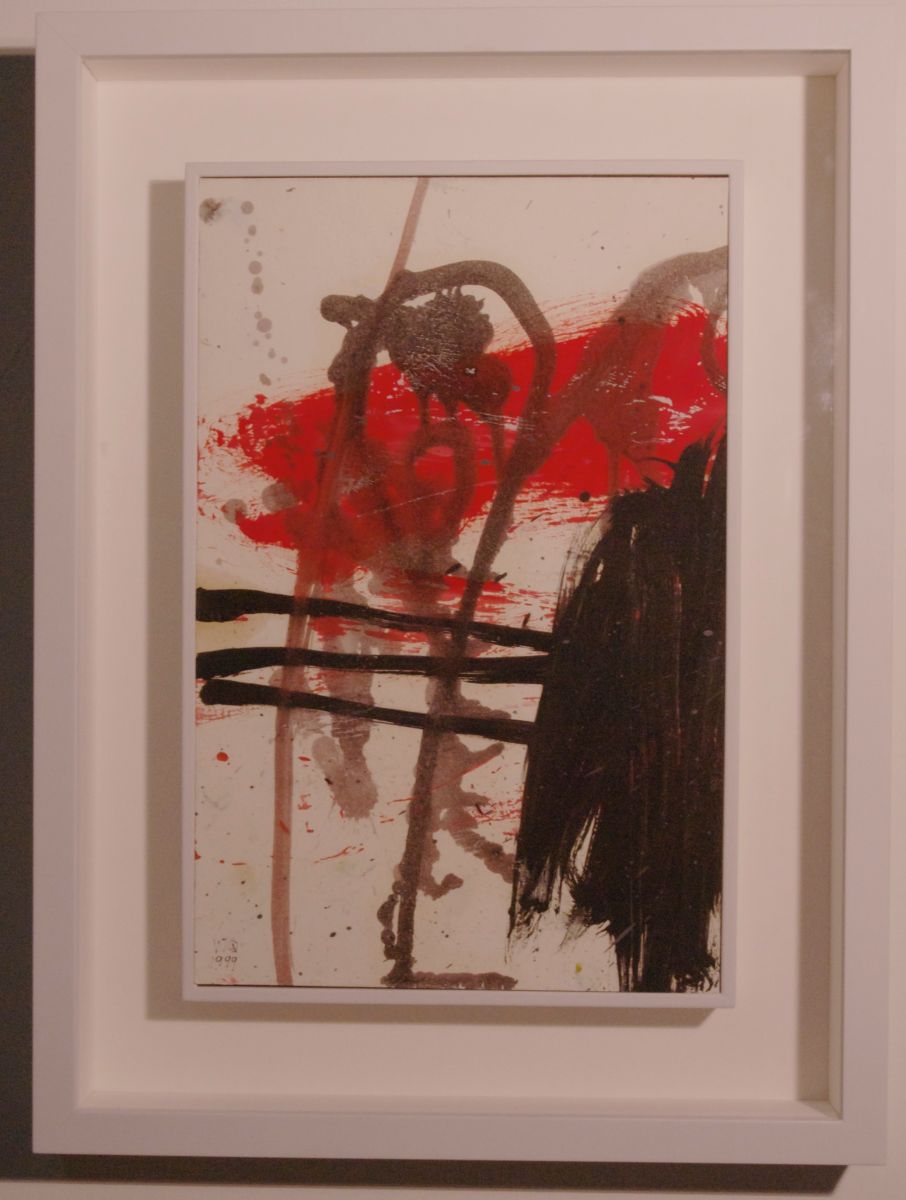 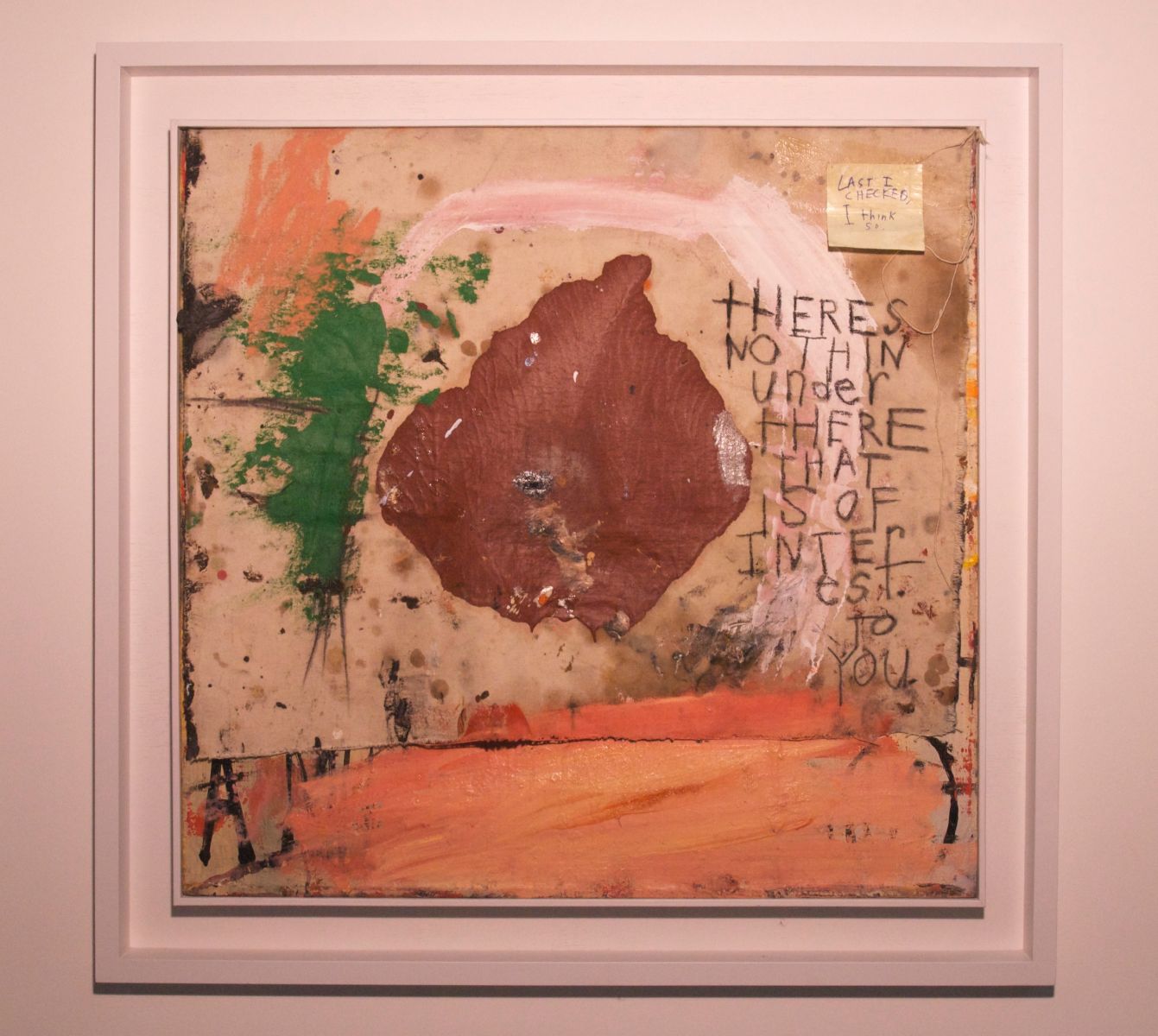 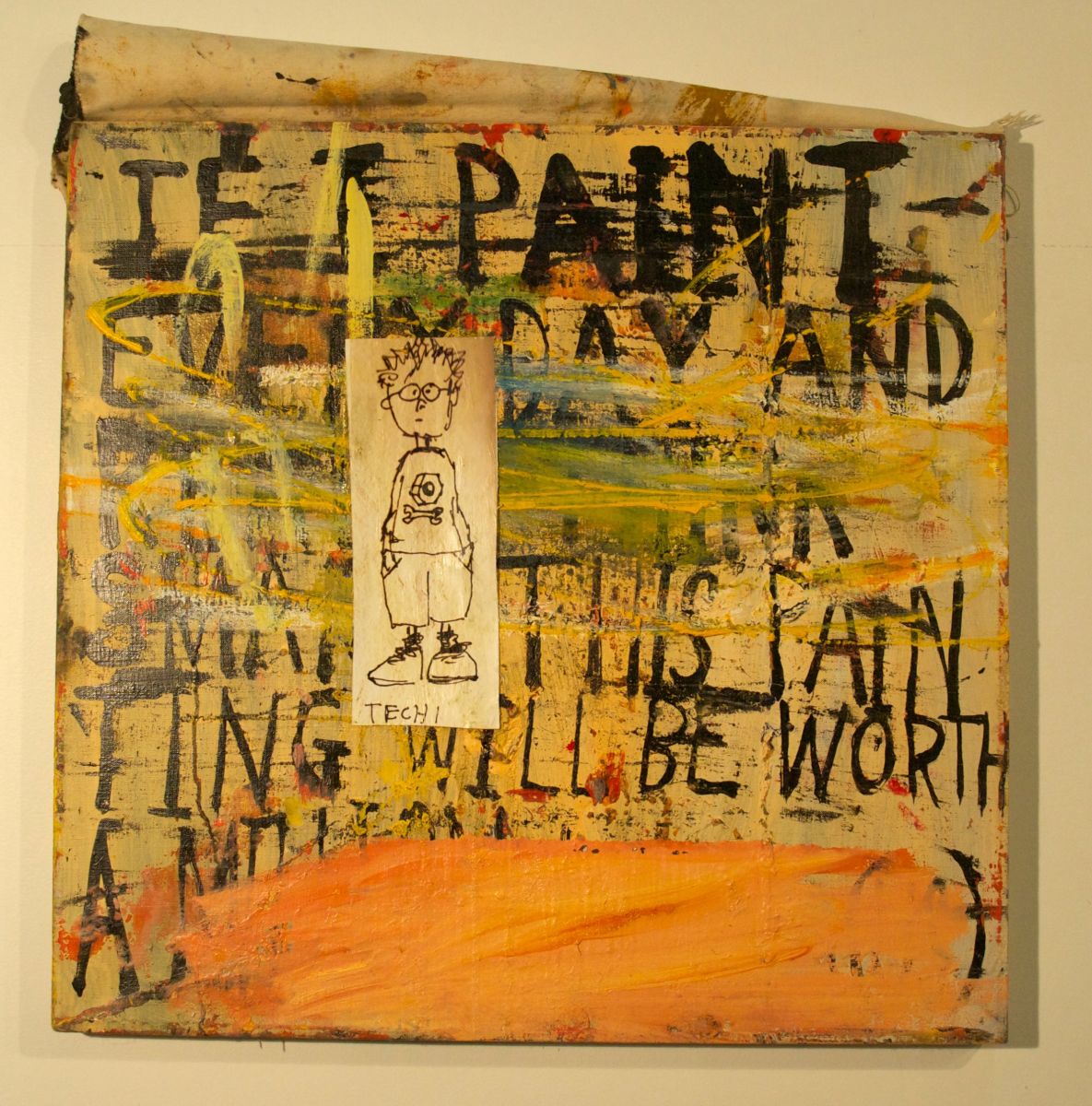 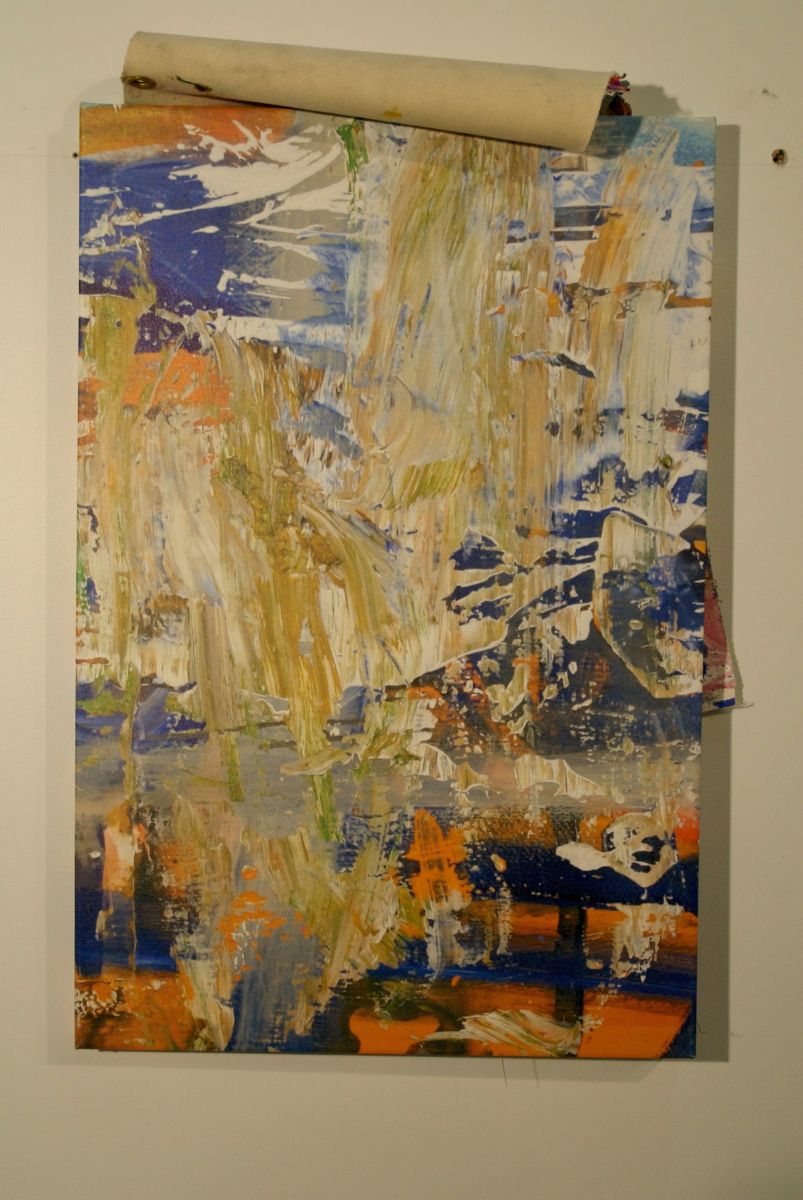 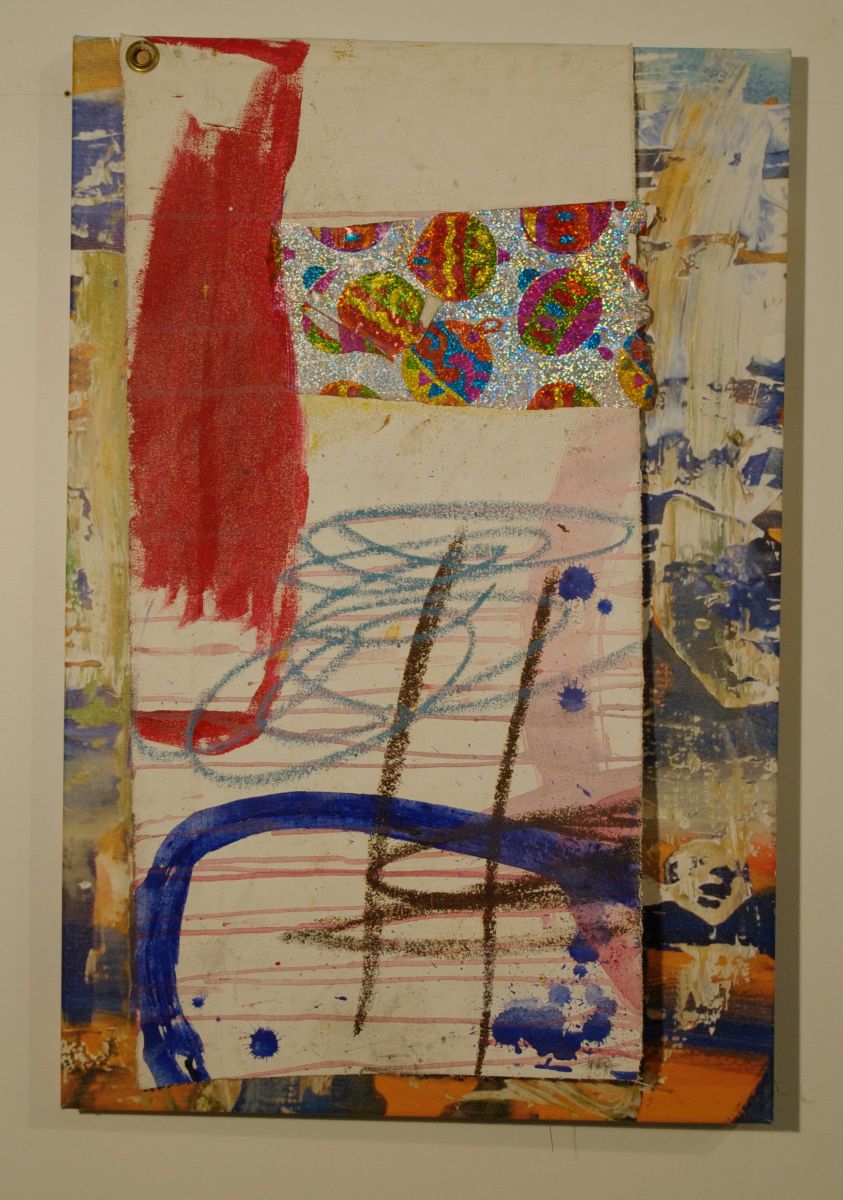 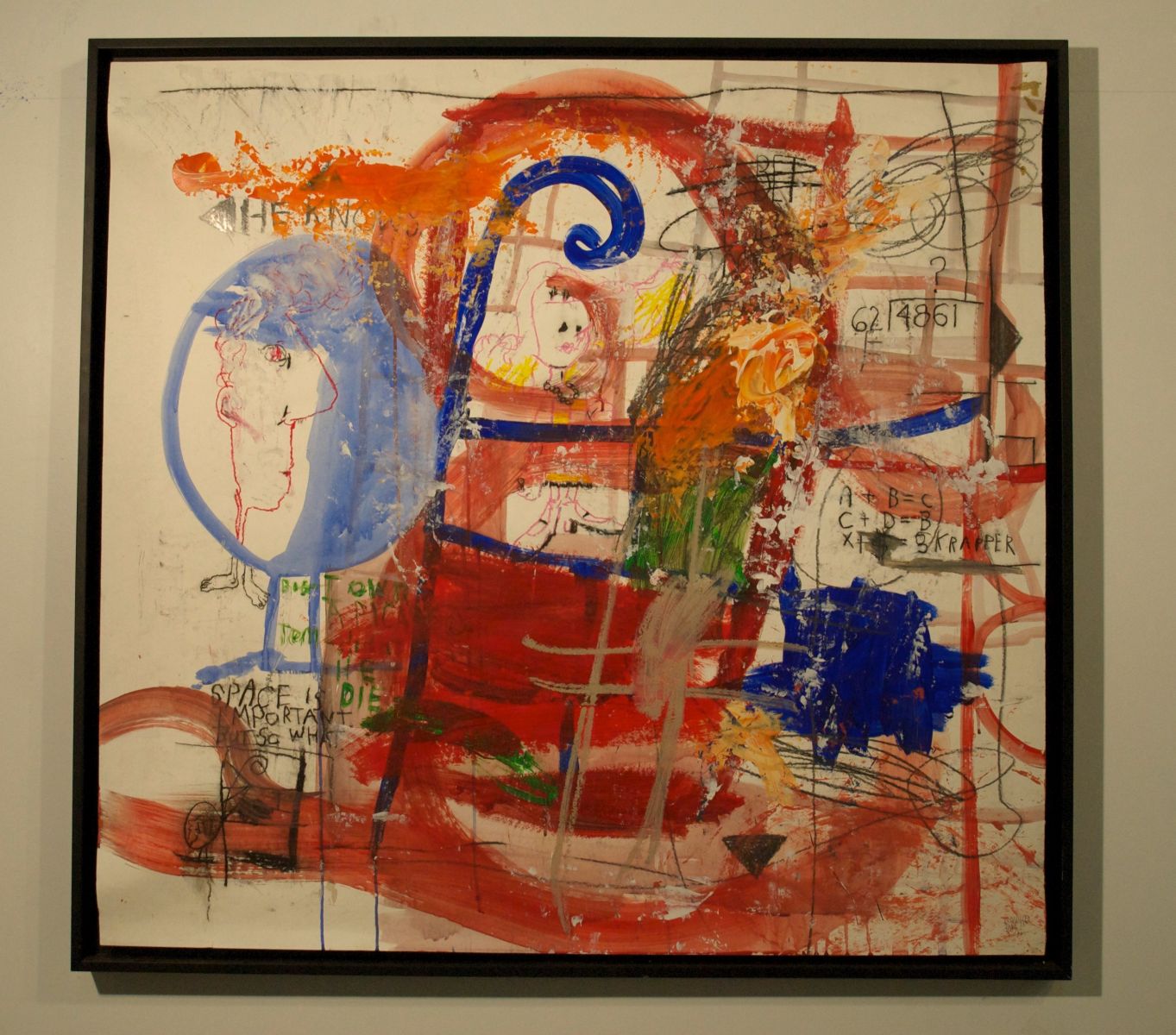 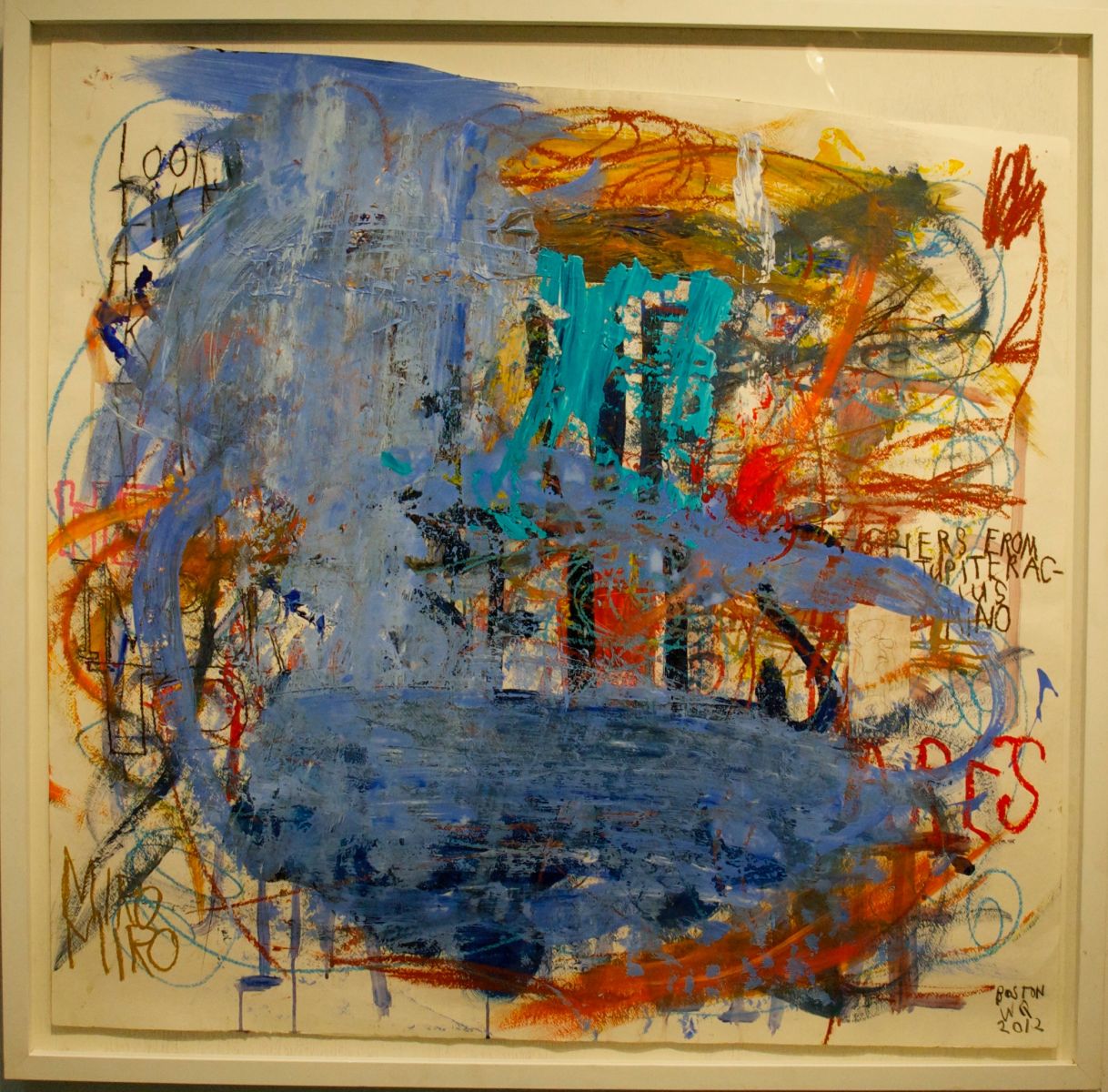 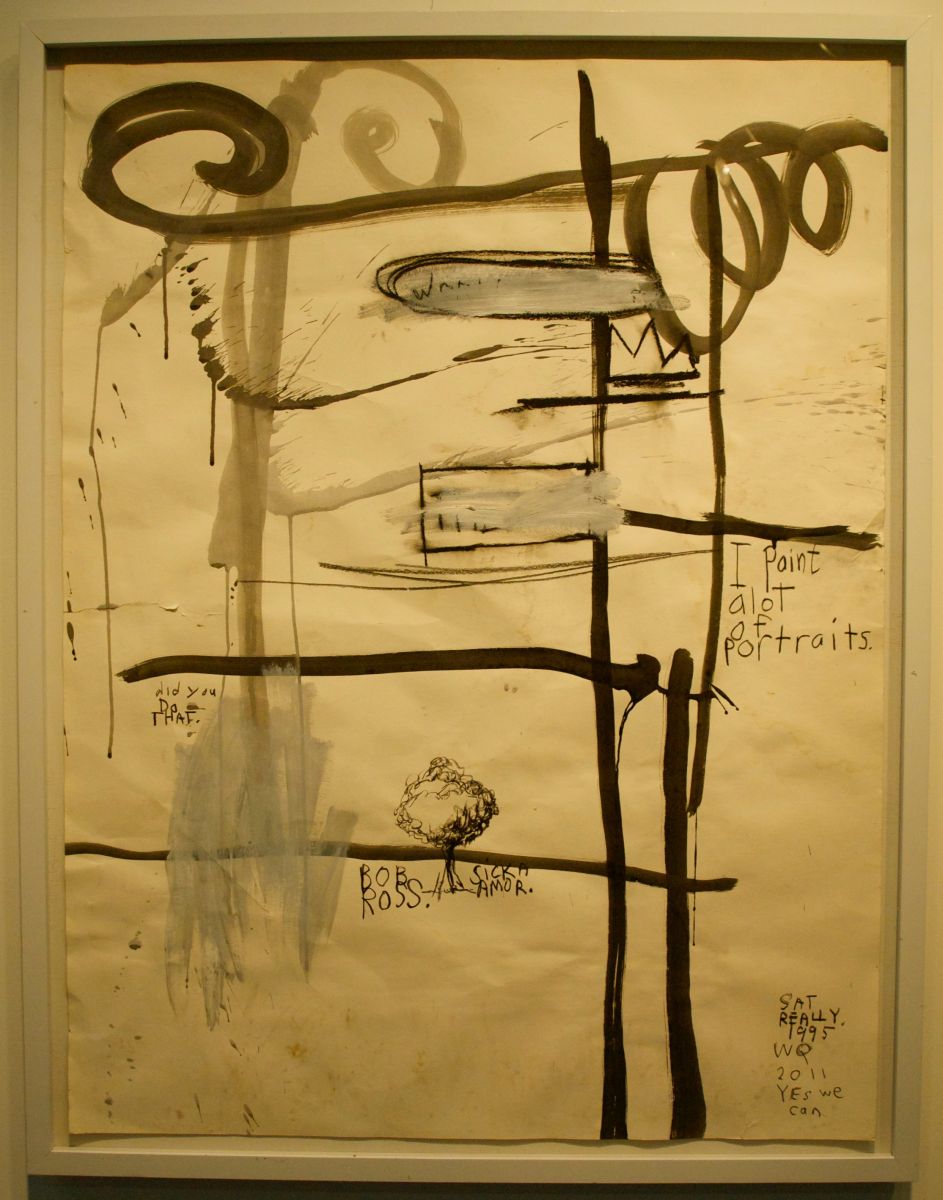 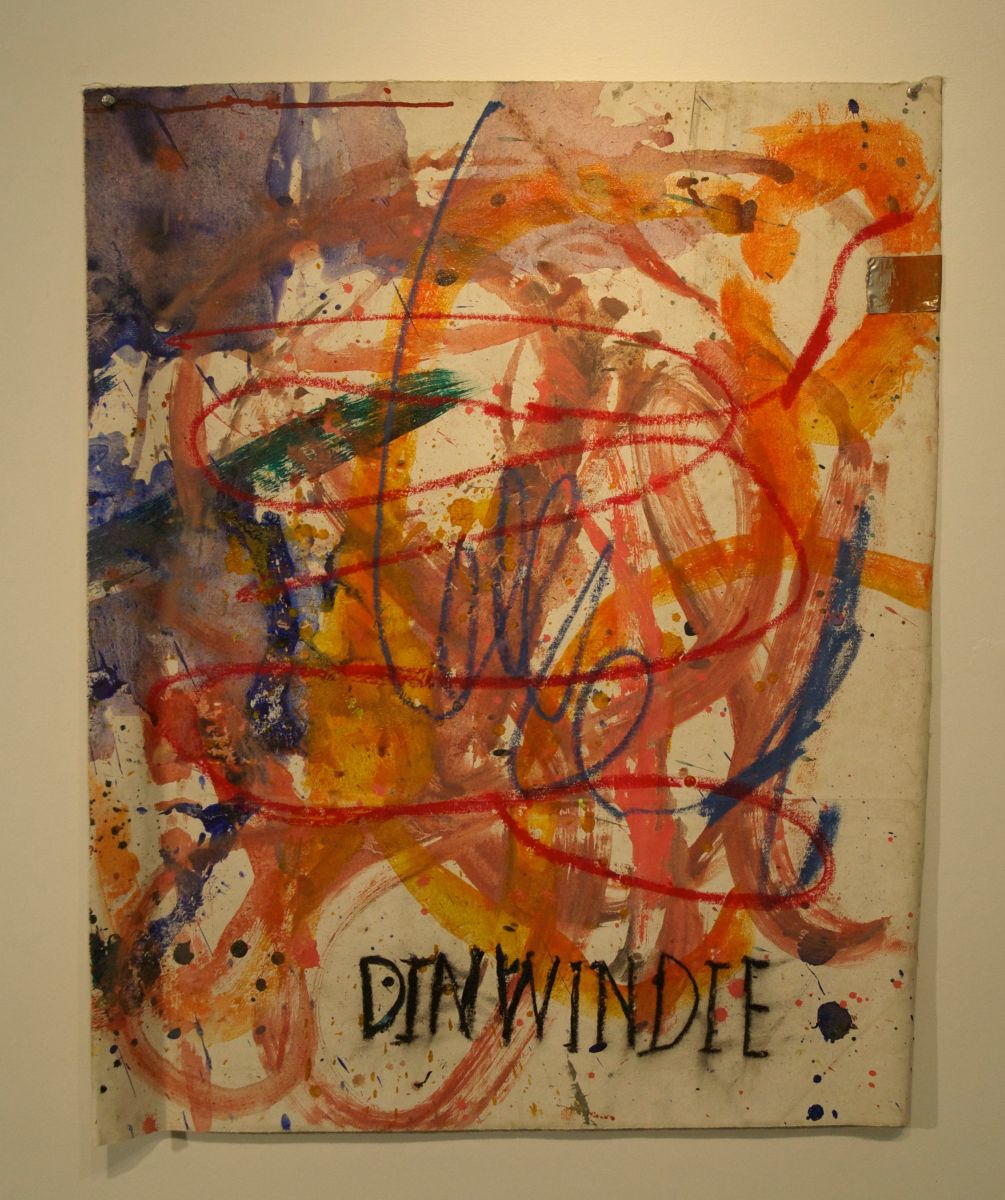 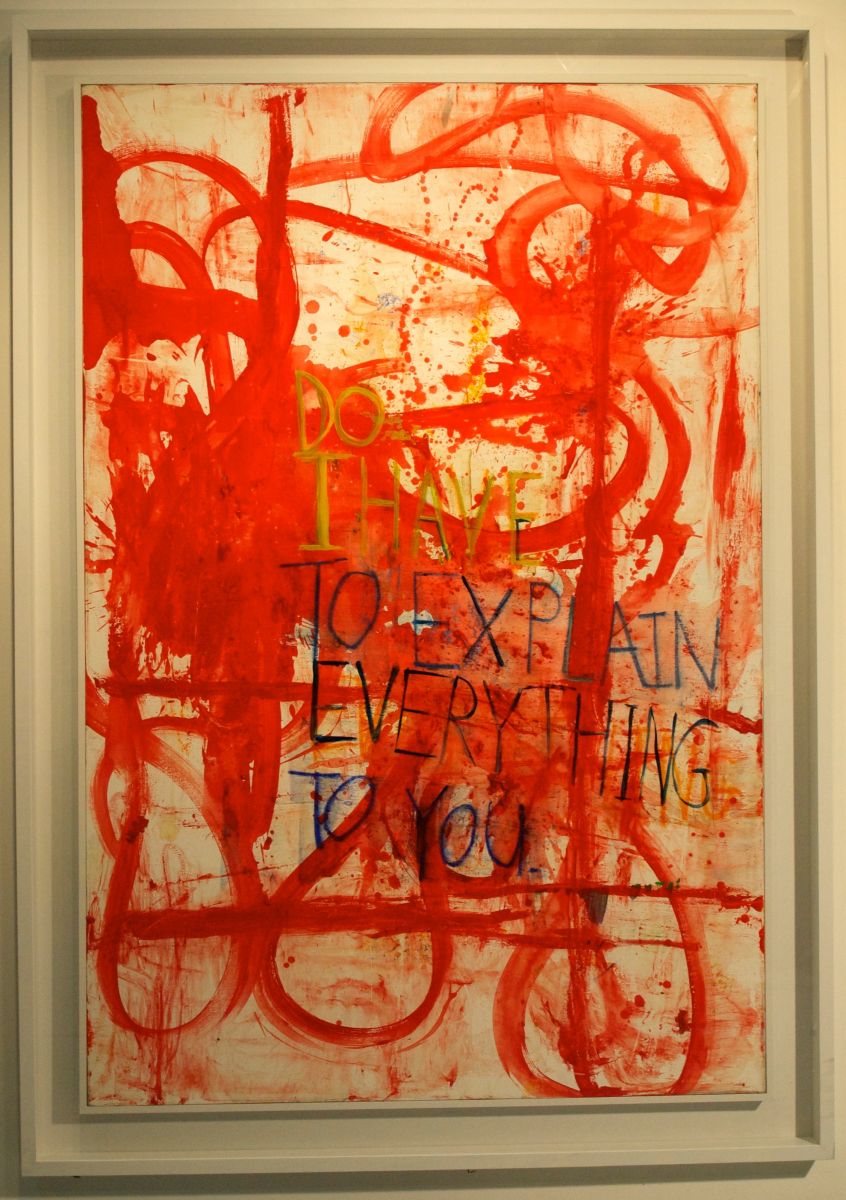 Do I have to Explain Everything to you 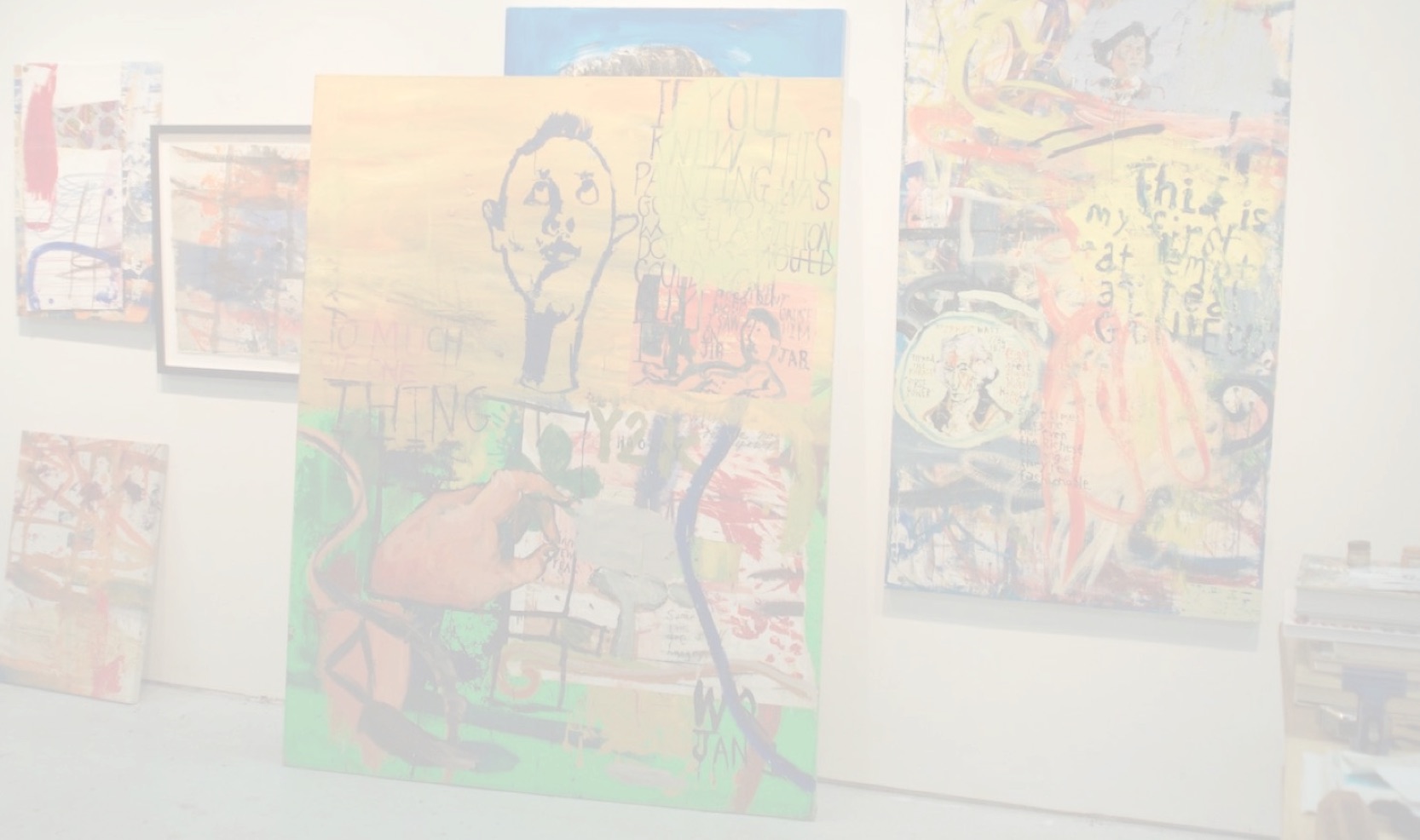